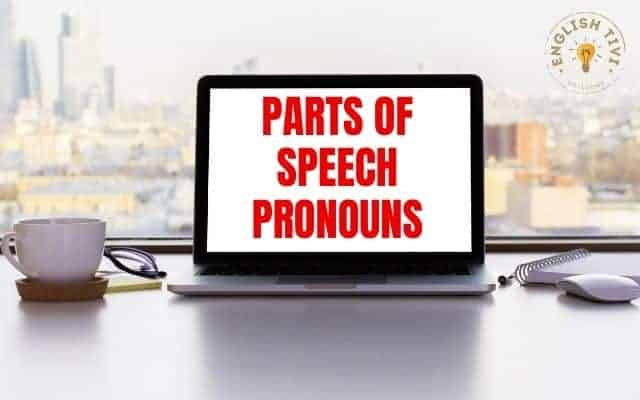 Here in this lesson, we will cover the pronouns and then we will move ahead with others. Now learn What is it? What is its definition? What is the use of it? and what are its kinds or types etc?

A pronoun is a word used instead of a noun to indicate someone or something already mentioned or known.

It is exactly what it sounds like: a pronoun that takes the place of a noun as the subject of a sentence.

b). We use the object pronoun

+ as the object of the verb:

+ We can use a possessive pronoun instead of a noun phrase

+ We can use possessive pronouns after of.

a). Reflexive pronouns: may be used when both the subject and the complement refer to the same person or thing. It is used as the complement of a sentence or a clause or as the object of a preposition.

We use it when each of two or more subjects is acting in the same way towards the other.

It is a word that comes before a pronoun to which the pronoun refers.

Above is a summary of Parts of speech: Pronouns. Hopefully, we have contributed to help you learn English in general, become more accessible and more interesting. Good luck with your studies and soon!