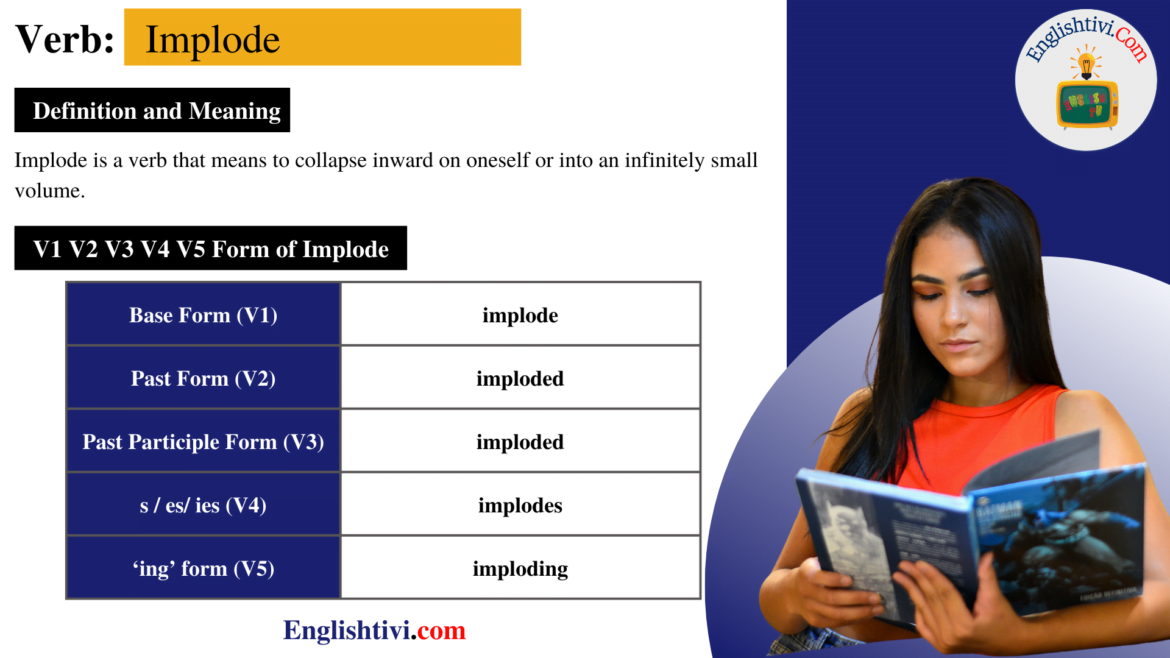 Implode  of Definition and Meaning

Implode is a verb that means to collapse inward on oneself or into an infinitely small volume.

Implode of Past Simple V2

The verb implode is also employed in its V2 form as “imploded”. It is used to indicate the past tense in sentences.

Implode of Past Participle V3

+ In the present perfect tense, the word implode is used ‘have +’ imploded” or ‘has +’ imploded.’

+ If you need to use the past perfect tense, use ‘had +” imploded‘ regardless of the subject.

In this section, we will learn about implode sentence examples:

Opposite Words For Implode

The antonym of implode a word list. Here are some words that have nearly the opposite meaning as implode:

What is the V2 and V3 form of implode?

What is the sentence of implode?

What is the past tense V2 of implode?

+ The past tense of implode is “imploded“.

What is the past tense V3 of implode?

+ The past participle of implode is “imploded“.

What is the present participle V5 of implode?

+ The present participle of implode is “ imploding”.

You should subscribe to the English TV YouTube channel if you want to learn more about the English language and improve your proficiency.
5/5 - (1 vote)
Post Views: 76